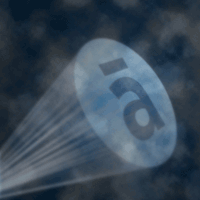 Oh come on. People have been trying to make this headline work for years.

Working on a book for DC Comics last year, our friend Mike Essl encountered two non-standard accents in the name of bat-nemesis Rā’s al Ghūl: an a-macron, and a u-macron. Mike’s the kind of guy to roll his own (a lesser man would have called tech support), but we’re happy to announce that the new OpenType edition of Gotham contains these accents and more, as part of H&Co’s Latin-X character set.

Gotham contains all the accents for Turkish, too, in case you’re visiting that other Batman. —JH

A Digital Tool That Turns Typography Into Mushrooms