This is another in a series of posts about the working materials of cartoonist Leonard Starr.  These materials were donated to the Billy Ireland Cartoon Library and Museum in Columbus Ohio where they will be available for viewing by the public.

Leonard Starr drew and inked over 30,000 pictures for his comic strip, On Stage.  How did he create distinctive faces for hundreds of different characters, and then keep those faces consistent and recognizable from different angles with different facial expressions over many years?

That was one of the unique challenges of a syndicated comic strip– no other art form in history imposed such a requirement.

Starr would begin by identifying a person with a particular “look.”  He’d then take about half a dozen photographs of their face from different angles and use those photographs as reference for future drawings.

Young actors on the NY theatre scene were usually desperate for a little modeling money.  Here is Starr’s photo of acting student Larry Hagman who later became famous starring in the sitcom I Dream of Jeannie and as J.R. Ewing in the TV series Dallas. 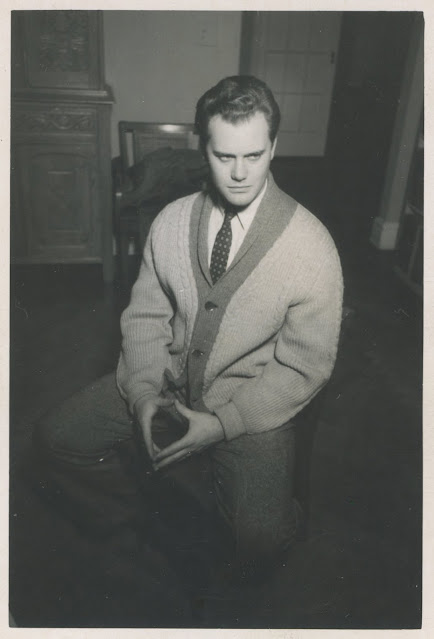 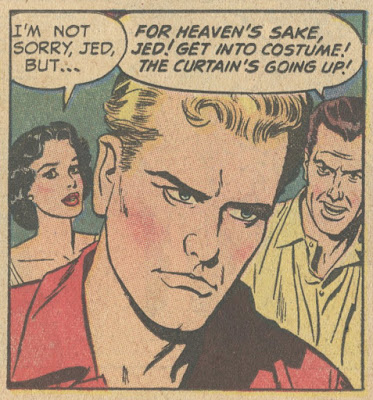 The following are Starr’s photos of actor George Lindsey, who became famous as the character Goober Pyle on the Andy Griffith show.  Starr took eight photographs with different angles and expressions, which he used as the starting point for his character, Claude Harper: 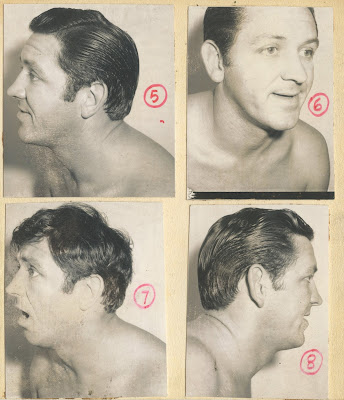 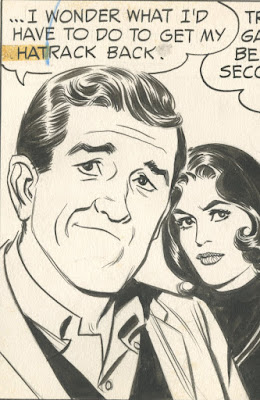 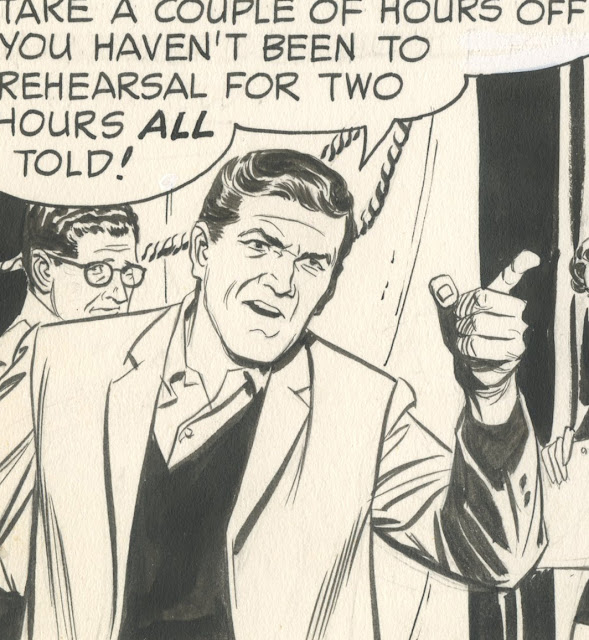 Once he had the basic features– for example, a profile, or a distinctive nose or unusual chin, he could improvise how they’d look in different positions.  For example, he could take this profile… 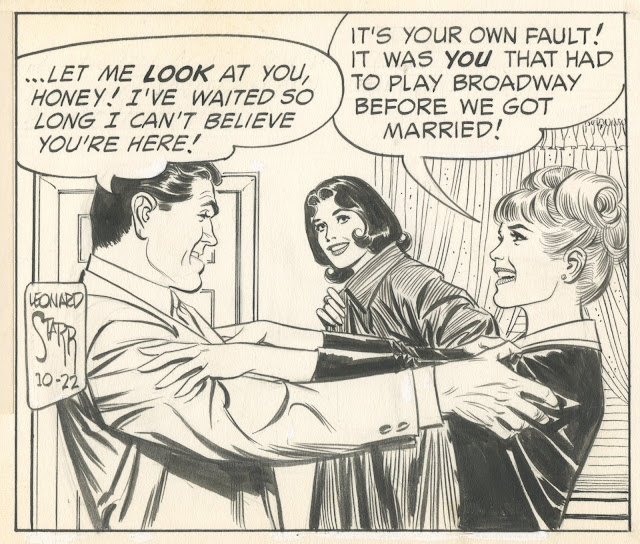 …and mentally rotate it in the opposite direction: 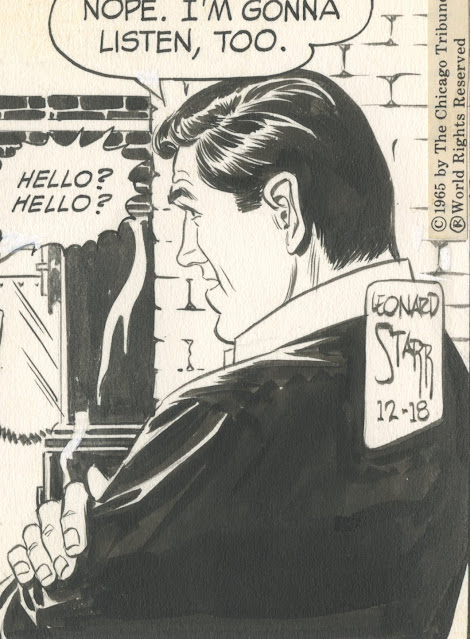 He could also predict how shadows would fall on such a face. 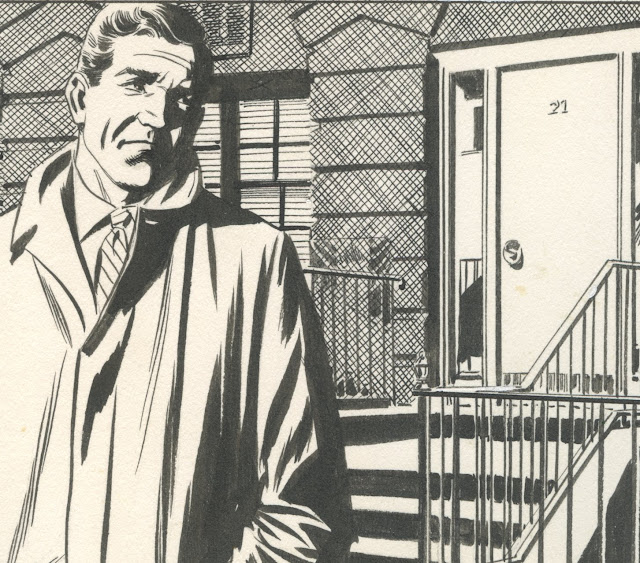 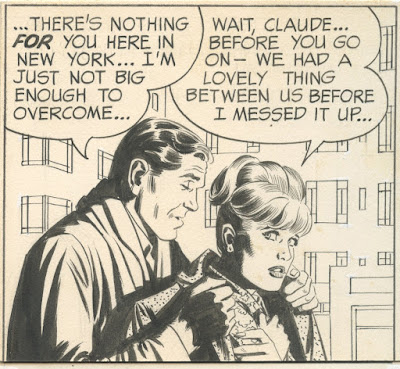 But in order to keep his characters recognizable, he maintained files of his key drawings and revisited his past solutions for continuity:

For example, having mastered the shadows on the character, his clipping file would keep that lesson at hand should the character ever re-appear: 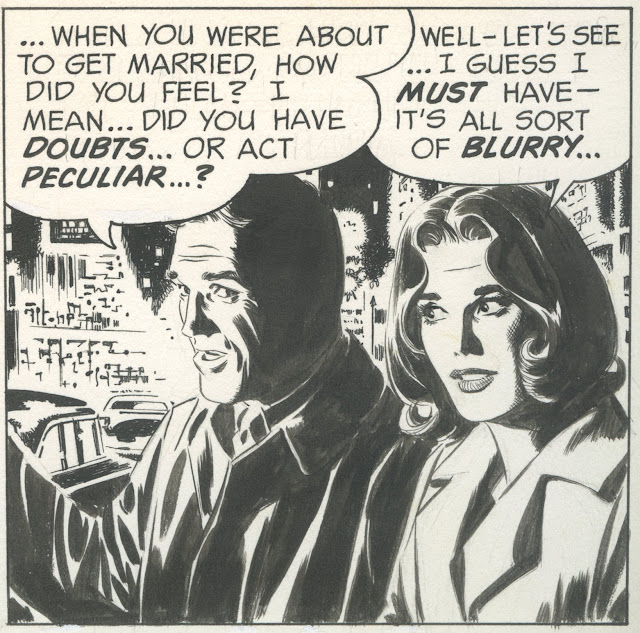 Over several years, Starr developed quite an extensive working file of his drawings, organized from every possible angle.  You can tell from the numerous pushpin holes that he got a lot of practical use from them.

If he was happy with a particular drawing, he’d also file that away for future reference.  He kept files of his past clinches, semi-clinches, people using the phone, etc.

If your job requires you to draw 30,000+ drawings, it makes sense to keep track of your best examples to save you from needlessly re-inventing past work while at the same time protecting yourself from slipping into formulaic approaches.

Classic comic book artists such as Jack Kirby, Wally Wood or Wayne Boring often employed a standard template for basic male or female faces.  They’d vary only a hair style or add props such as glasses. But Starr, along with Stan Drake and similar “soap opera” comic strip artists of the 1950s and 60s embraced some of the broader artistic challenges of a continuity strip.   The materials that you see here demonstrate how Starr handled the “business” side of his strip behind the scenes.