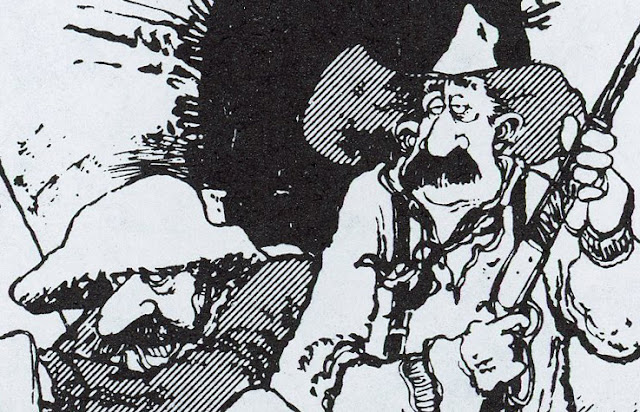 Everyone recalls that Jeff NacNelly was a great political cartoonist, but once in a while it’s good to look again and remind ourselves how truly great he was. 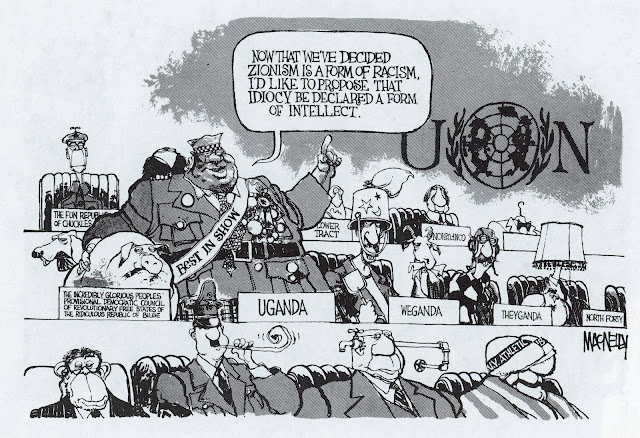 MacNelly had a special gift for portraying collections of morons– a useful talent for a political cartoonist. 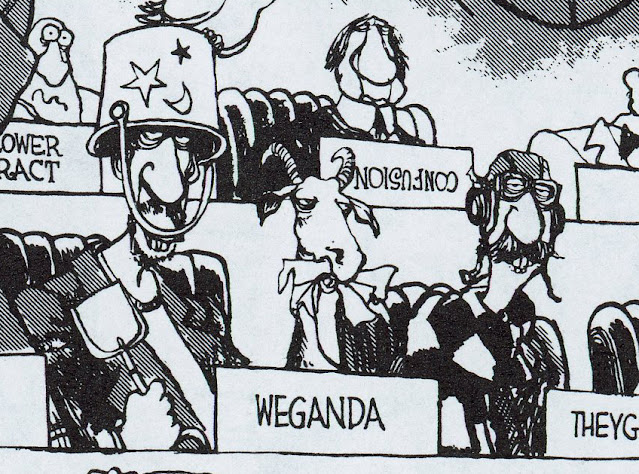 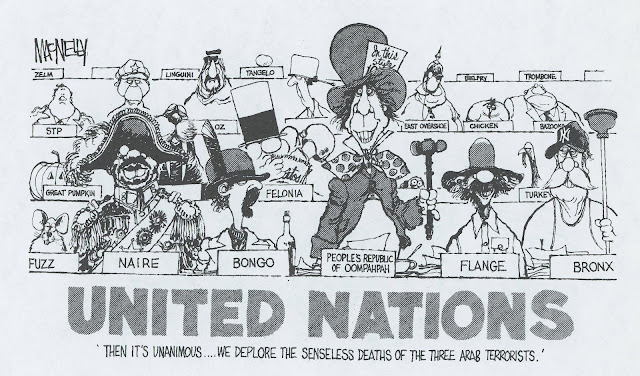 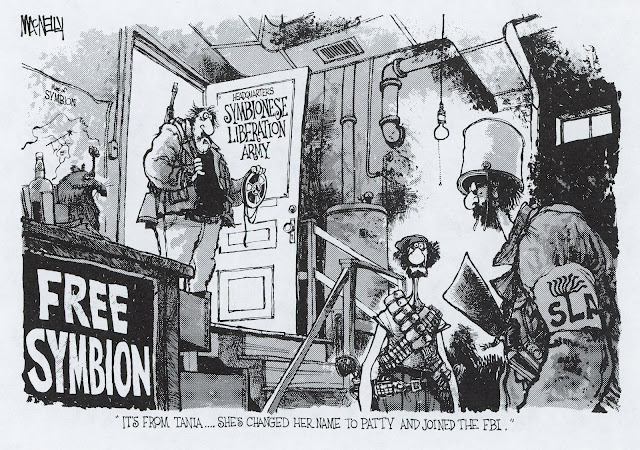 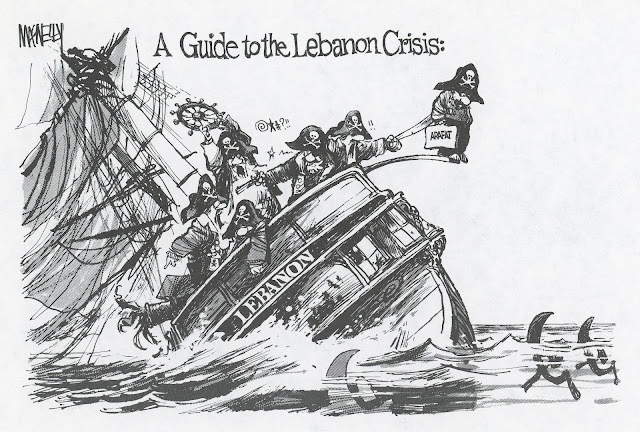 He presents the most complex scenes with ease: elaborate architectures from difficult angles, rooms full of people in dynamic poses, complicated machines. 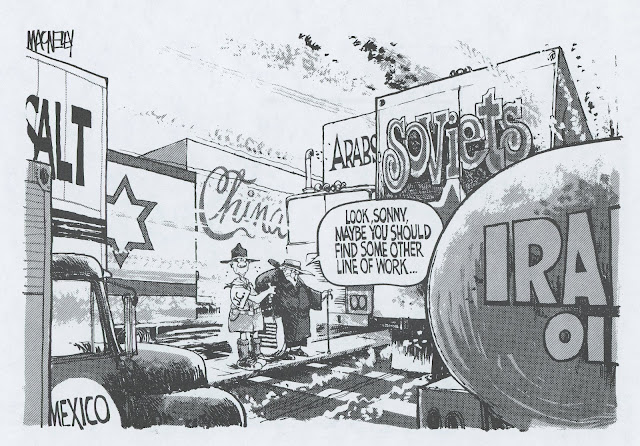 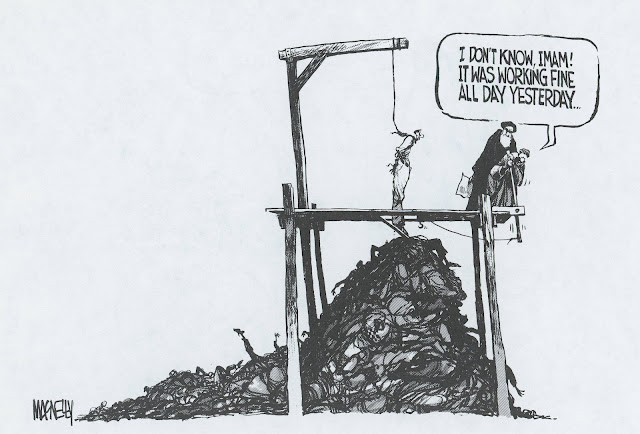 Or in the following cartoon, note his small drawing of President Nixon walking the plank: 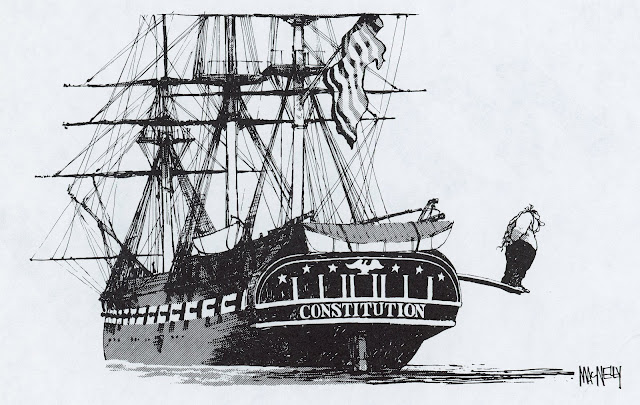 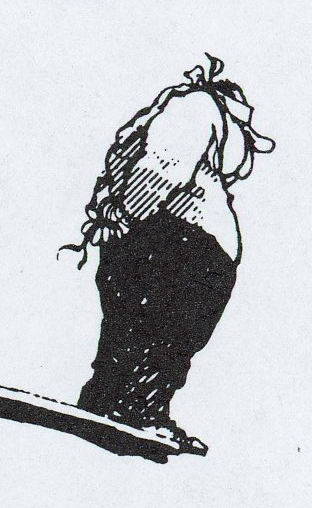 Without bells, whistles or pyrotechnics, these simple treatments of the human form are incredibly revealing.  It would be easy for an artist to handle these tiny images as stick figures.  Most cartoonists today would.  But MacNelly’s sensitive, descriptive line captures important differences in posture, stance, paunch, clothing.  Note the sagging belt and pants on the malnourished dissident, or the puffed out knees on Nixon’s pants, or the shoes that project out over the edge of the plank.  Note the anatomical liberties MacNelly has taken with the way Nixon’s head fits into his shoulders.

MacNelly’s wonderful talent shows up even in the tiny, humble corners of his drawing.