In my opinion, there are only two reasons why Richard Thompson isn’t celebrated as one of the greatest political cartoonists.

The first is that he devoted most of his time and energy to other artistic pursuits–  a popular comic strip, paintings, illustration art, a weekly gag panel, etc.

The second is that Parkinson’s disease cruelly robbed him of his drawing ability while he was still young, and he tragically passed away at age 58.

But looking back at Thompson’s political cartoons, it’s clear he was an artist of enormous gifts.  Here we see President Clinton entertaining the crowds with the game, “Soak the Rich.” Meanwhile the “Global Peril” game seems to be crawling out of its container unnoticed. 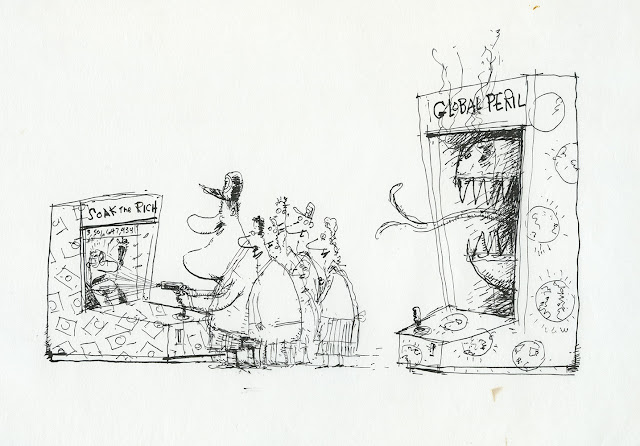 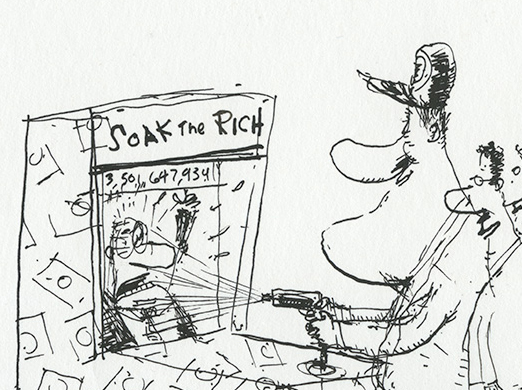 Thompson’s caricatures of presidents and presidential candidates are poetry: 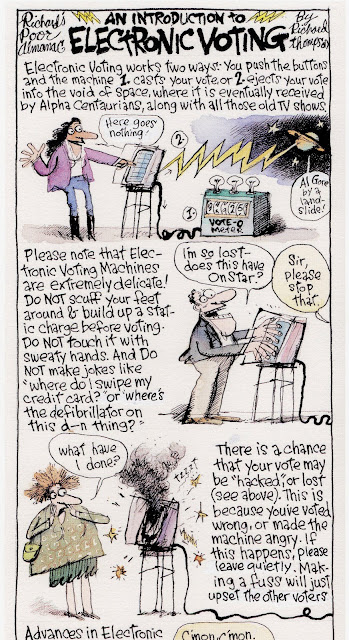 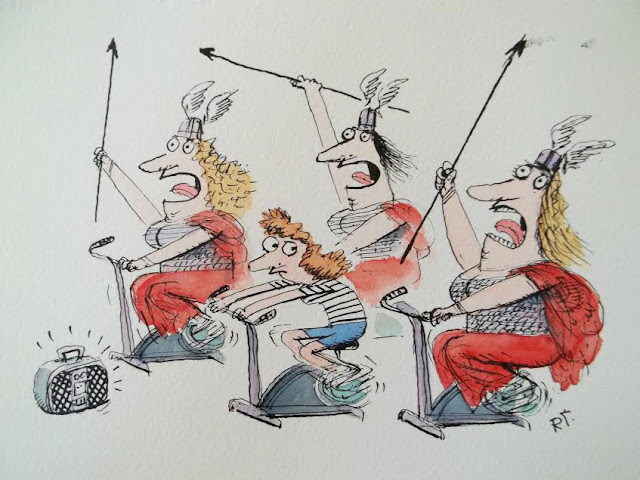 Début Art — Typography and illustration as imagined by artist…