Every beginning art student is taught to draw volume using rounded lines that follow the form: 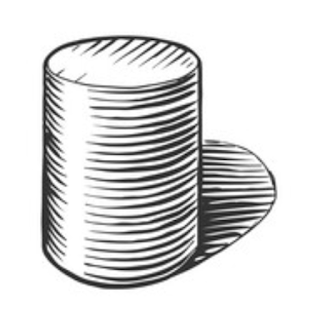 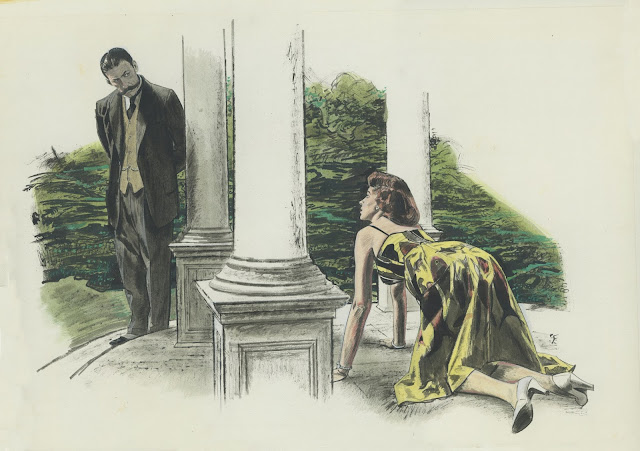 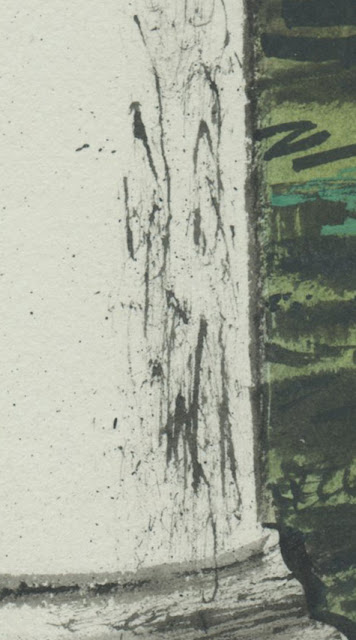 Did Fawcett miss that art class?  I don’t think so.  He seemed quite proficient in other respects: 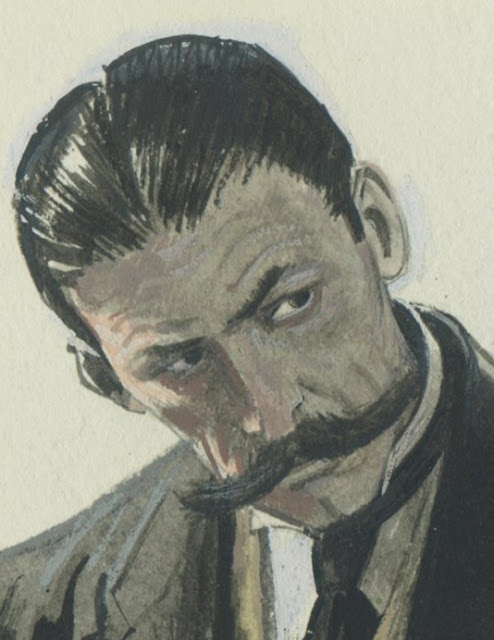 But somehow, as Fawcett developed as an artist, he decided there were better ways to draw volume than lots of repetitive fine lines.  He used loops and swirls and drybrush that even went against the form, yet it always ended up looking all right in the end.

Some of the other great illustrators seem to have reached the same conclusion, outgrowing those uniform lines in favor of lines with more character and variety.  Were they right?  Well, let’s take a look.

We should start by recognizing that many talented illustrators used the “thousands of fine lines” technique to express form. 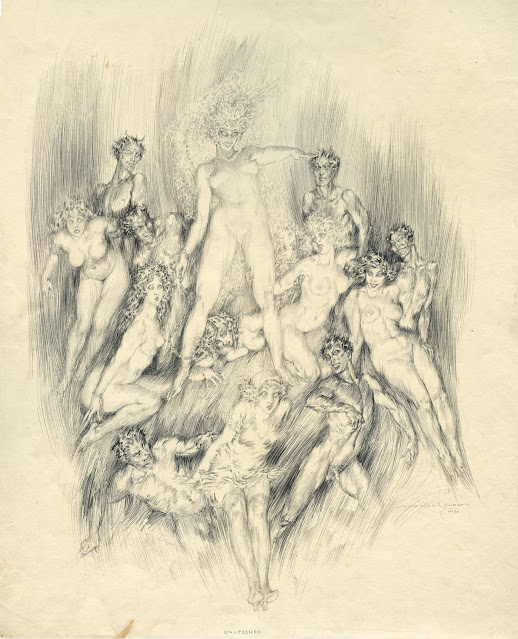 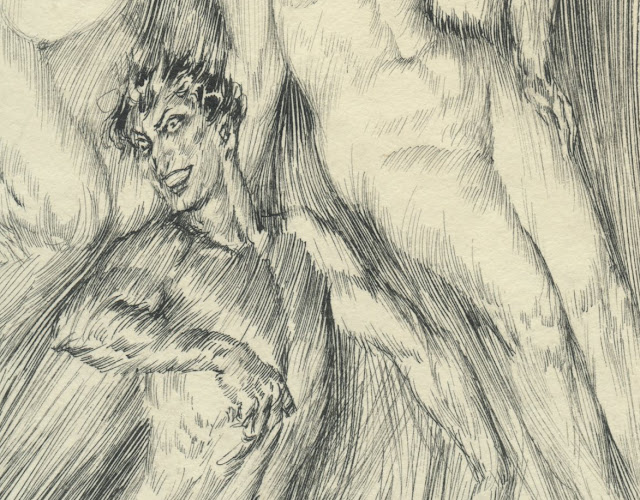 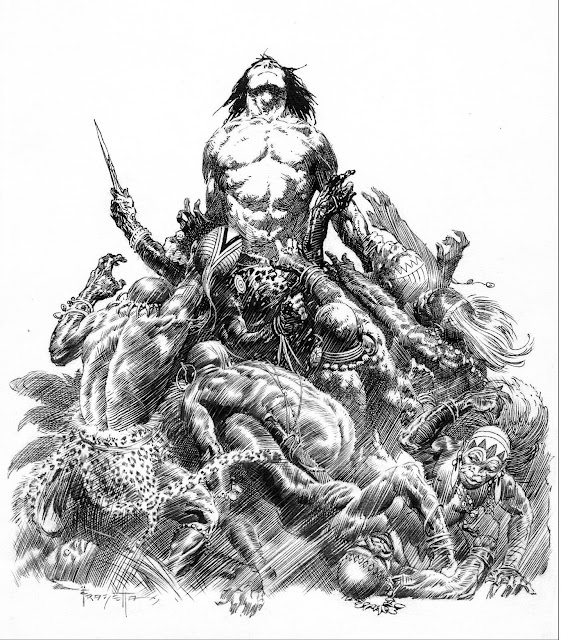 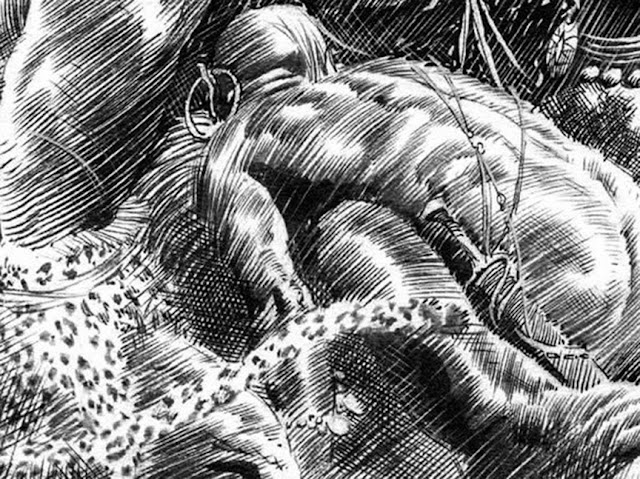 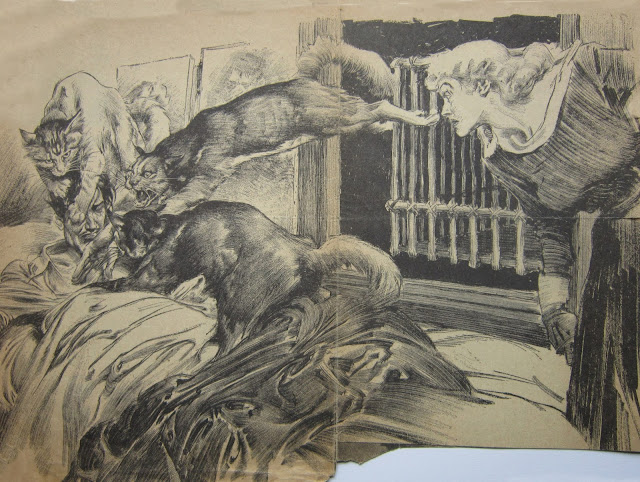 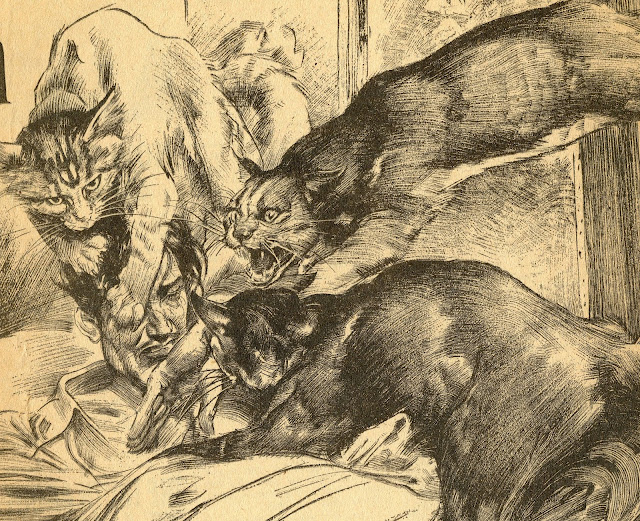 There’s a lot to admire in this technique, but ask yourself, “What exactly am I admiring?” The level of physical effort? the technical skill in controlling so many fine lines?  The energy suggested by all that activity?  Then ask yourself whether there are more admirable things to admire about drawing.

Take for example the case of Austin Briggs.  Like many other artists,  Briggs started out drawing thousands of fine lines wrapping around his subject matter.  By the age of 20 Briggs was already successful drawing in this style for top magazines such as Colliers. 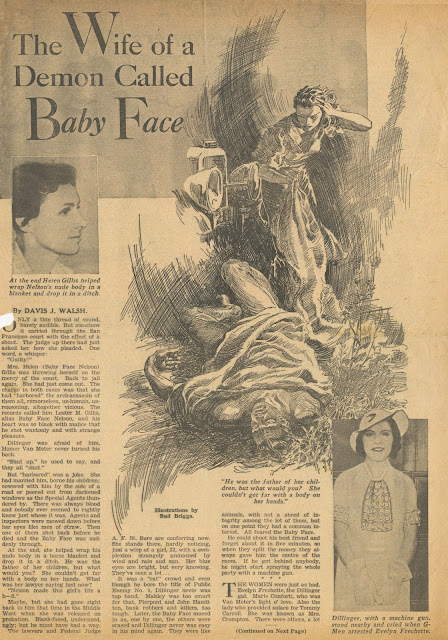 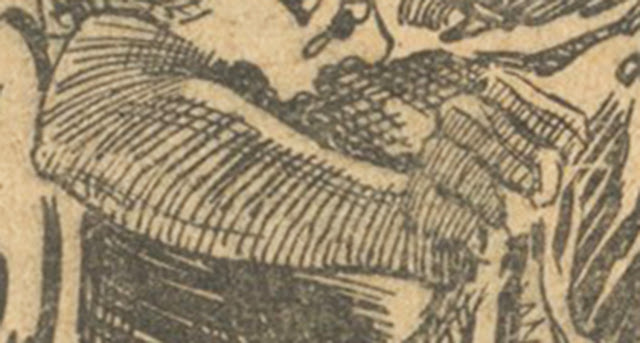 But after a few years Briggs became disenchanted with what he perceived as the limitations of this type of drawing, which he said exhibited “only energy” but not true quality. 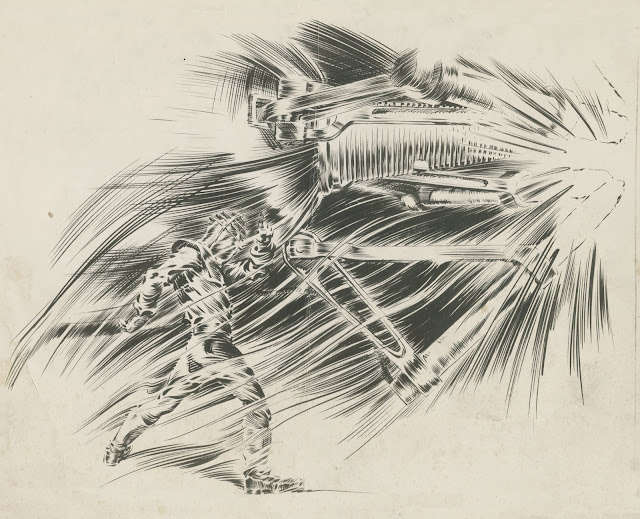 He quit working as an artist altogether and resolved to start over, taking the time to learn “honest” drawing.

At the end of his re-education, Briggs threw out 98% of his lines, but devoted the same level of attention to the few lines that remained.  Nothing was done on automatic pilot.  Each line became more thoughtful and expressive.   Lo and behold, those lines turned out to be every bit as successful at conveying rounded forms. 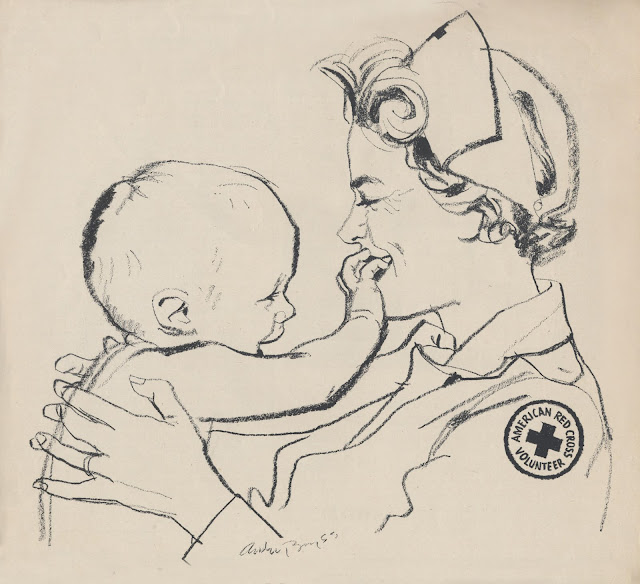 Compare the following two illustrations by Briggs of the same subject, before and after his conversion: 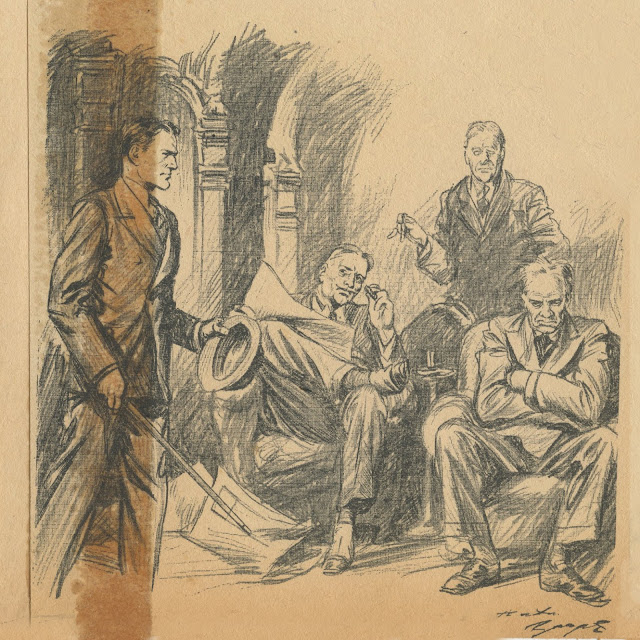 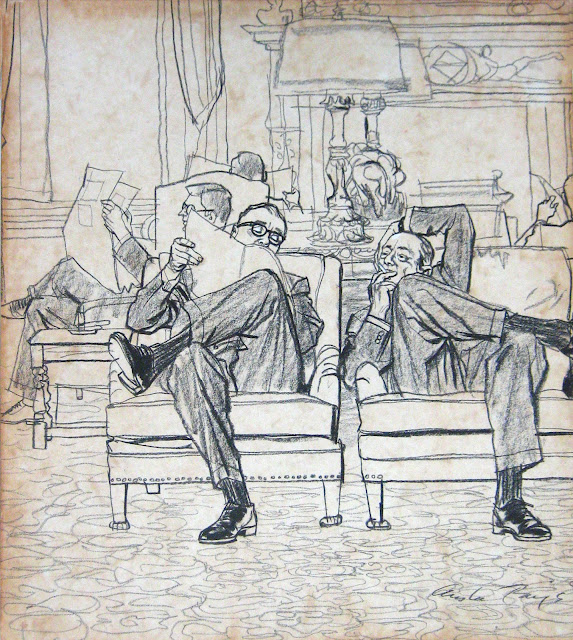 Briggs abandoned the duplicative lines whose only role was to reinforce the line to their right or left.  He became more selective about the lines he chose to emphasize and he found ways other than repetition to emphasize them.  And just like the mature Robert Fawcett, whose drybrush swirls we witnessed at the beginning, Briggs became less concerned about staying within the lines: 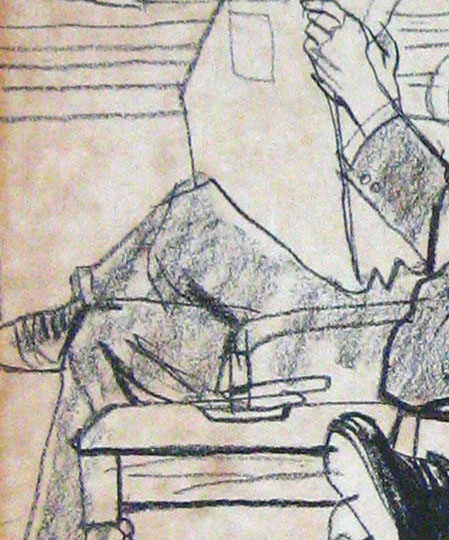 Alex Raymond is another example of an artist who started out using those fine lines wrapped around the form: 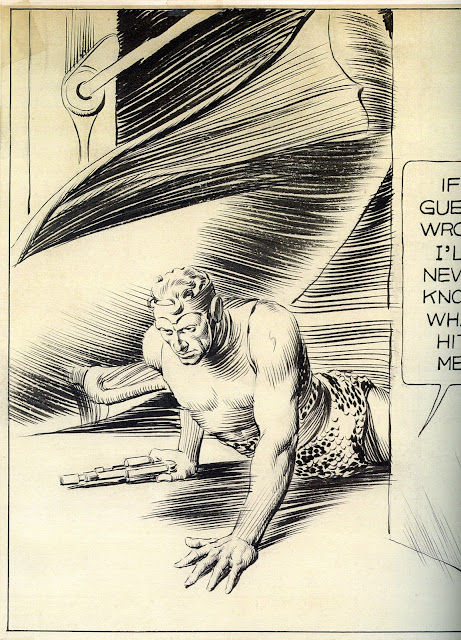 But after thousands of drawings, Raymond came to view the potential of a line more broadly: 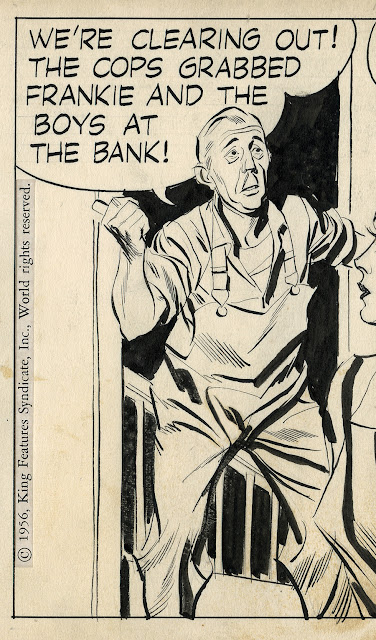 Now those are what I call “real lines.”

Neither technique has a monopoly on quality.  There are good and bad examples on both sides.  But it’s a mistake to assume that artists who draw with a thousand fine lines work harder.   Instead, they often remind me of Abraham Lincoln’s story of the preacher who said, “I could write shorter sermons but when I get started I’m too lazy to stop.”

Début Art — A poster Sam Chivers made in conjunction with…