Harvey Dinnerstein had some interesting things to say about the relationship between art and journalistic illustration.

Like his friend Burt Silverman,  Dinnerstein was a “fine” artist who earned money on the side drawing reportorial assignments for news magazines.  Like Silverman, Dinnerstein specialized in portraits: 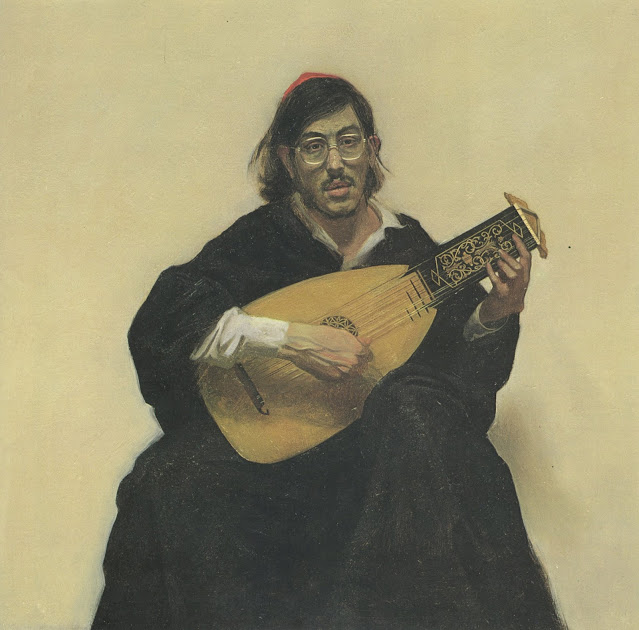 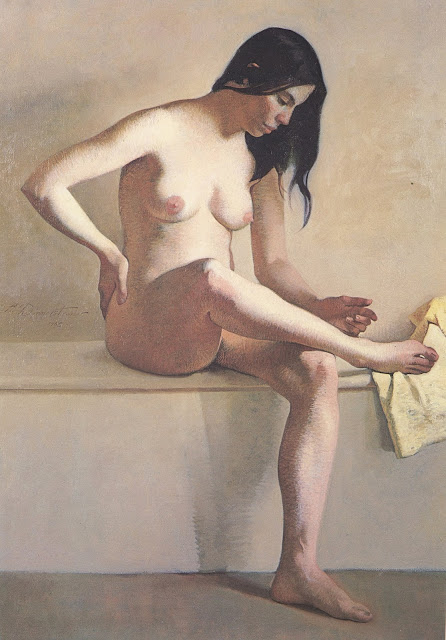 Dinnerstein’s paintings were more overtly allegorical than Silverman’s.  Here is Dinnerstein working on his magnum opus, “Parade,” inspired by seeing Delacroix’s Death of Sardanapalus at the Louvre. 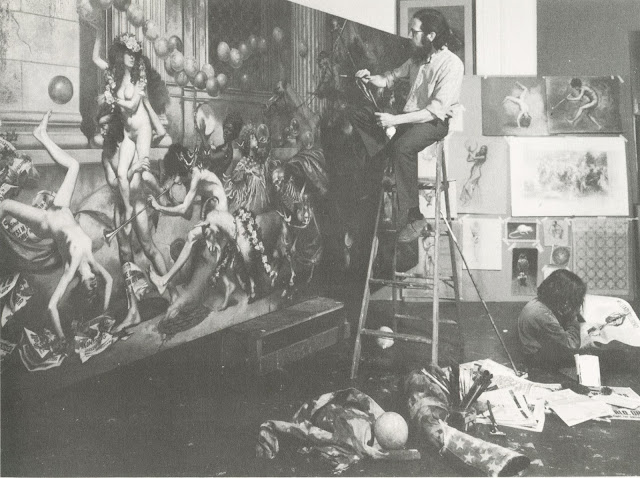 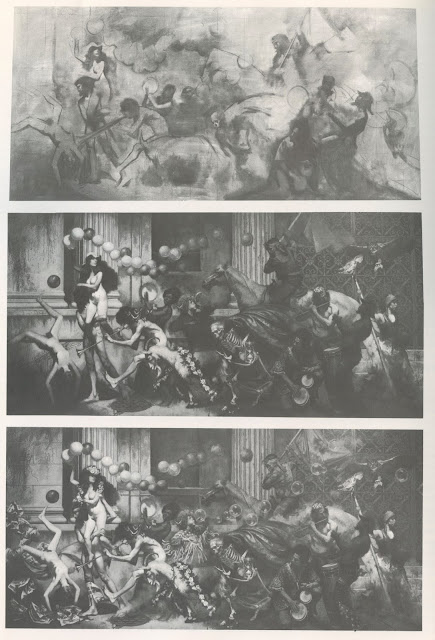 Like Silverman, Dinnerstein had an active social conscience and was interested in capturing the political events of his day.  After reading about the young Martin Luther King in 1956, Dinnerstein accompanied Silverman to Montgomery Alabama to draw the bus boycott at the start of the civil rights movement. 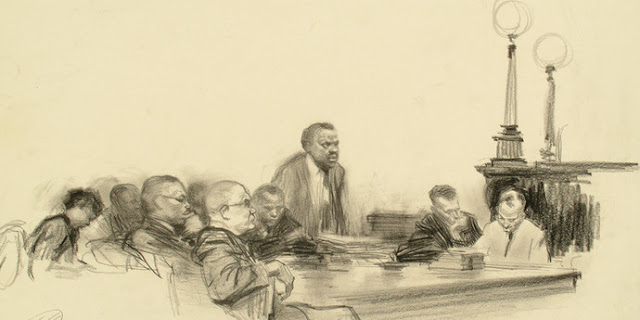 The drawings were historically important but looking back, Dinnerstein found them artistically lacking.  “The drawings were frankly reportorial, concerned with the individuals involved, church meetings, courtroom scenes, and the general locales.  In retrospect, the drawings seem limited and anecdotal….”

Over the years Dinnerstein reflected on the balance between reporting the facts of an event and serving the timeless values of art.  He wrote about the tension between the “specific and universal aspects of the subject:”

A major element in developing a pictorial image is the integration of particular information with a generalized concept.  This is a most difficult question to resolve. If the artist is only concerned with incidental information the image will lack significant form.  However, if the generalization is a mannered abstraction, it will become an empty stylization that will lack the organic quality of life.

As he developed as a journalistic illustrator, his approach evolved:

A decade later, in the wake of the assassination of King, and the escalation of American involvement in Vietnam, a protest movement containing many different elements swept across the country.  I was commissioned by Esquire magazine to cover these events, and in depicting the demonstrations of the sixties I tried to get beyond the incidental nature of various events, and grasp a larger context of the movement and its implications.

Dinnerstein said he drew his inspiration from Kathe Kollwitz’s drawings of the revolt of Silesian weavers in 1524:

There were amazing events in that period…. Candlelight procession at night, outside of St. Patrick’s Cathedral…. Moratorium vigil, that presents aspecys of ritual and reminds me of paintings by Georges de La Tour…. Fort Dix, New Jersey: A protest march onto the military post, past barbed wire barricade, calling on G.I.’s to refuse to obey the orders of their officers.  The march is dispersed with gas…. Chicago: An explosion of terrorist violence leaves a tail of shattered glass along the elegant streets of the city’s gold coast…. after  the killings of students at Jackson and Kent State there is a massive demonstration in Washington…. Communication seems impossible.  Suddenly a group of  demonstrators remove their clothes and charge nude into the reflecting pool before the Lincoln Memorial.  As they are joined by others , an old black woman on the embankment sings the spiritual, “Wade in the Water.”  It happened! I saw it, and though I did not comprehend everything that was going on, these were remarkable events….

Dinnerstein’s journalistic pictures tended to be less literal than those of many other illustrators who were eyewitnesses to history.  He took less pride in capturing specific details because he felt that he captured more of the spirit of these events by staging pictures more consciously with reference to older artistic traditions.