The best journalistic illustrations seem to combine an enthusiasm for facts, a love of drawing, and a third element– a personality or character which presents the subject matter in an interesting manner that a photograph could not.

Noted illustrator Paul Hogarth (1917-2001) described the third element this way: “The problem is how to make an image compelling, even in an aesthetic way – not just to sit down and make a record.” 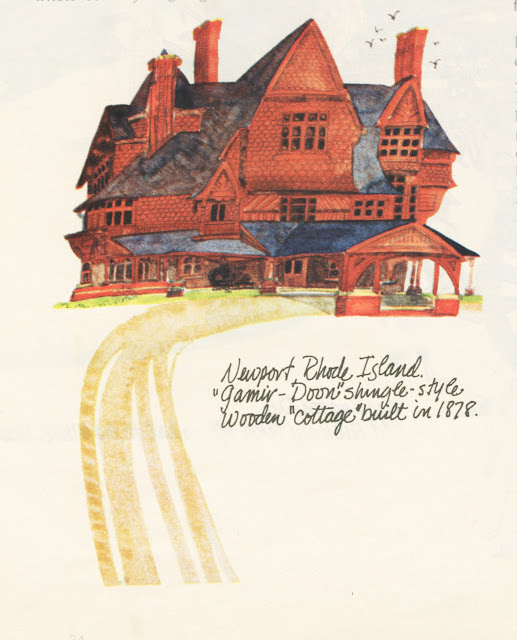 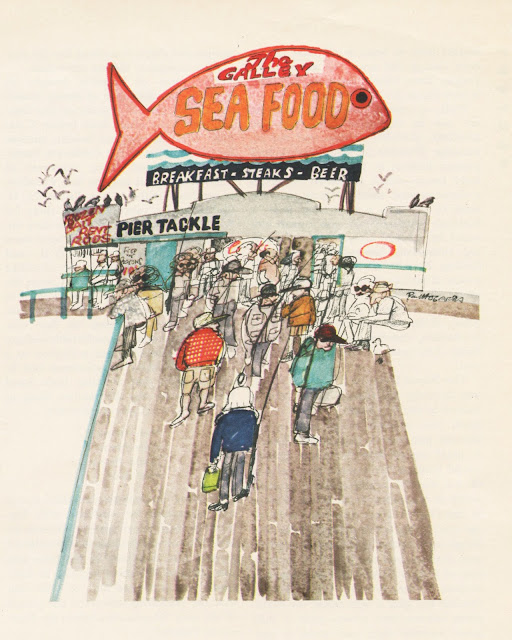 Hogarth grew up poor and his father, a butcher, tried everything to dissuade his son from becoming an artist.  He cursed the art school where Hogarth earned a scholarship and he refused to even enter the art gallery where his son had his first exhibition.

A fiery young communist,  Hogarth went off to fight Franco’s fascists in the Spanish Civil War at the age of 17.  His close friend Ronald Searle described him as “the original angry young man.”

Following World War II, Hogarth started his career traveling and illustrating different locations.  The communist party invited Hogarth to travel to  Poland, East Germany, Czechoslovakia, Romania and Bulgaria to document the improvements made under communism.  With Ronald Searle, Laurence Scarfe and Percy Horton he traveled to a remote part of Bosnia to draw the building of a new railway.  In the 1950s he became the first British artist to go to China after the war.  He wrote and illustrated a book, Looking at China, as a report to the rest of the world.

Traveling and drawing on the spot, Hogarth developed his personal style: “I developed a very strong sense of composition and design and the ability to extract elements of significance. Editing and exaggeration are also important.” 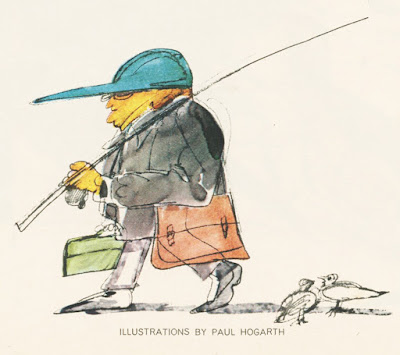 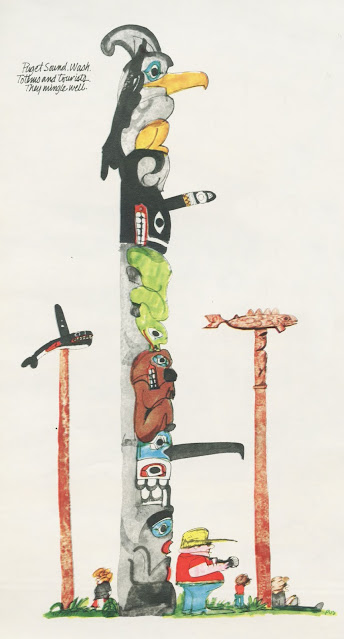 Hogarth teamed with many of the leading writers of his day to prepare his reports from around the world.  He illustrated Alistair Cooke’s writings about America, Robert Graves’ writings about Majorca,  Laurence Durrell’s writings about Corfu,  Brendan Behan’s writings about Ireland.  Most famously, his long partnership with Graham Greene took Hogarth to more than 20 countries. 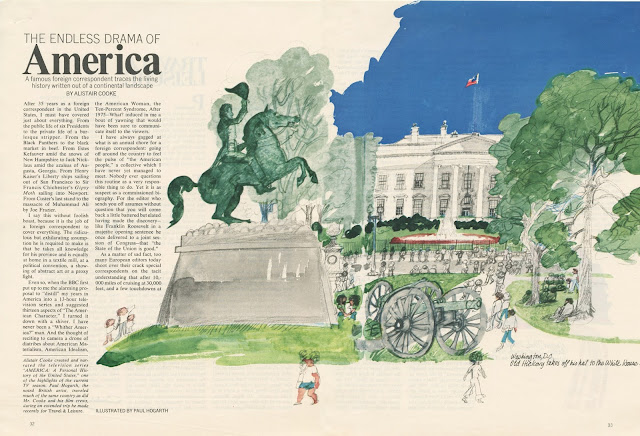 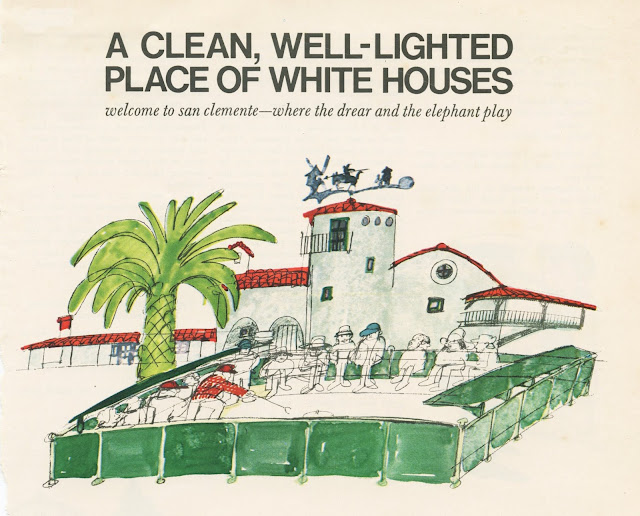 Hogarth was elected to the Royal Academy in 1984 and in 1989 was appointed to the Most Excellent Order of the British Empire– rare honors for an illustrator.