ILLUSTRATION ART: THE VIEW FROM BEHIND

“Oh the things you can find if you don’t stay behind!”

When Raymond Sheppard drew animals at the zoo, they’d often turn their faces away.  Most artists would then move for a better view of the face but Sheppard stayed behind.  He found the forms and details from the back to be worthwhile subjects.

It’s an impossible angle to draw– no eyes, nose or mouth.  No facial expressions, no standard guidelines, formulas or conventions for capturing faces from behind.  What art school teaches how to draw the south end of a northbound horse? 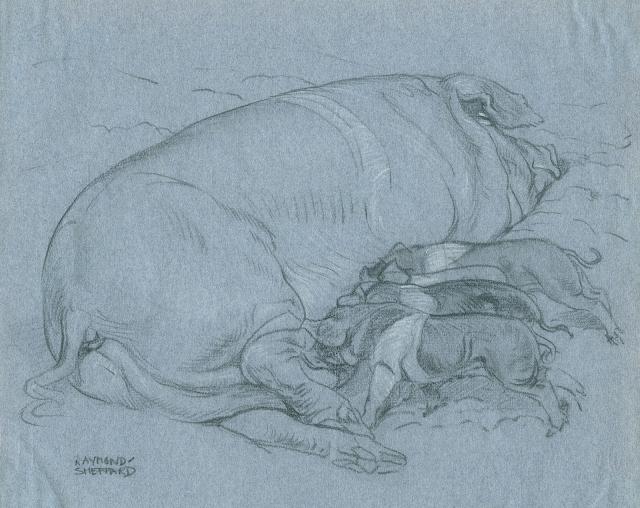 You can’t draw pictures like this on automatic pilot; they require pure and honest observation from the very start: 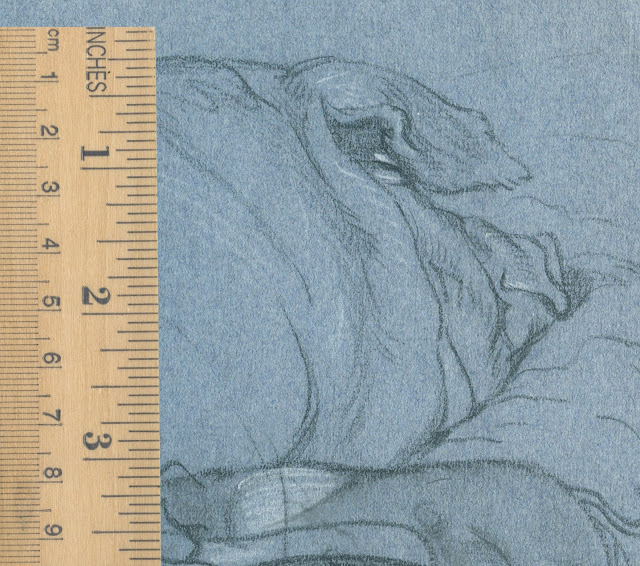 The rear view of a rhinoceros head turns out to be an astonishing landscape of bumps, ridges and knobs.   By “staying behind” Sheppard found a reality more phantasmagorical than anything produced by Dr. Seuss’s ‘s imagination:

The back of a tiny dormouse head was far subtler.  Without conspicuous landmarks and features, its extreme simplicity required the most sensitive line. 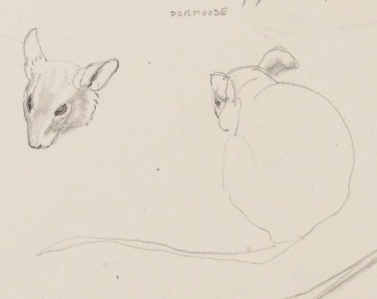 Birds were of course among the most uncooperative subjects, but Sheppard still found details worth recording: 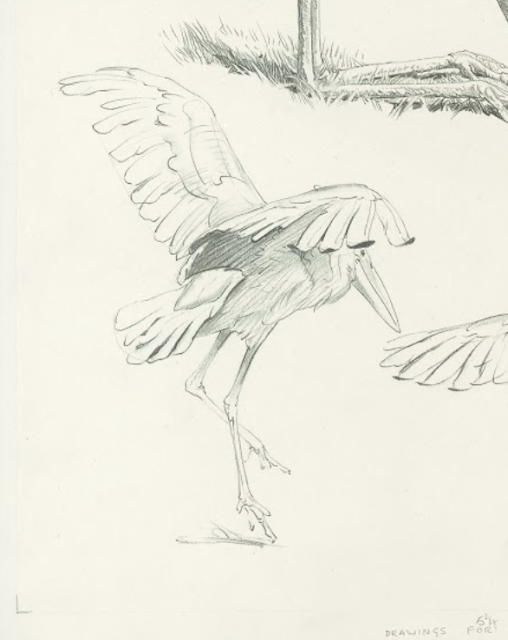 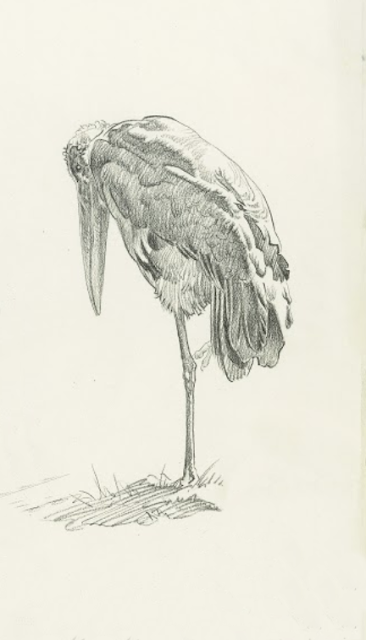 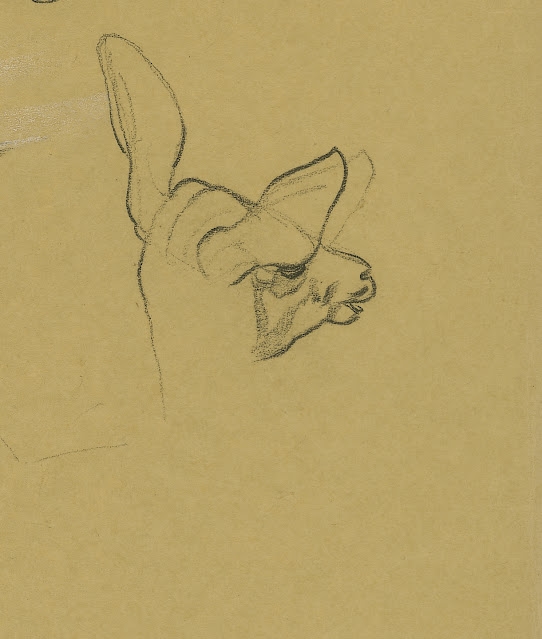 Sheppard’s honesty when drawing heads from behind is all the more impressive because, when deprived of facial features, many artists have a great temptation to cheat.

For example, in the following drawing artist Neal Adams cheated by sliding features over from the front of the face to make them visible, and faking details and lines that don’t exist: 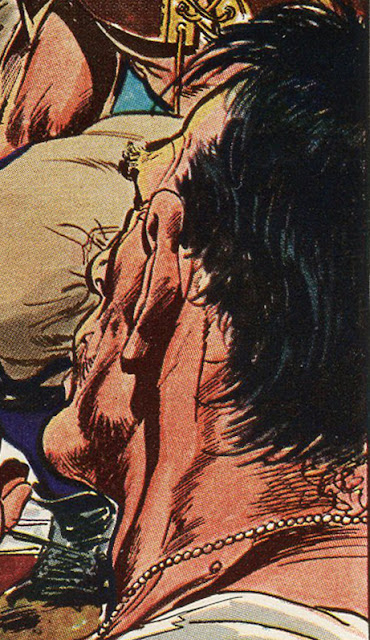 Worse, there is a tendency by critics, when viewing a faceless portrait, to cheat by imputing all kinds of things to the picture.  New Yorker art critic Peter Schjeldahl bewilderingly wrote that Gerhard Richter’s painting of Richter’s daughter Betty is “the single most beautiful painting made by anyone in the last half century.” 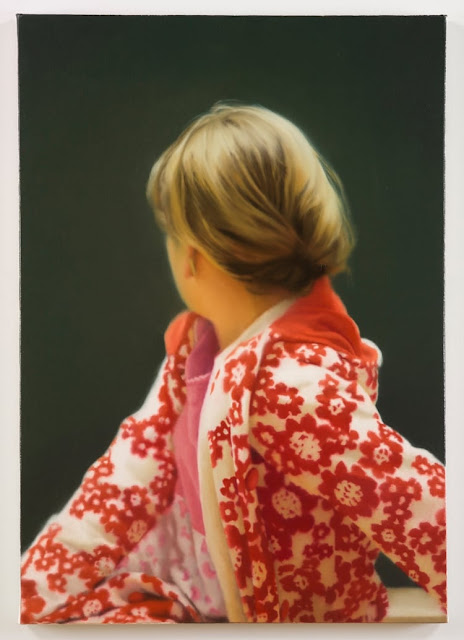 Washington Post art critic Sebastian Smee chimed in that “Betty is arguably the most famous painting by the most influential artist alive.”  Like a Kuleshov experiment run amok, Smee gives the artist a helping hand by fantasizing all kinds of significance to the painting:

“Betty,” twisting away, evokes for me an impossible yearning: a desire to turn away from the din, the debacle, of political life and to dissolve instead — to bleed, to blur — into an intimate, apolitical present.

This kind of mendacity makes me value Sheppard’s brand of honesty even more.  In the following quick sketch of a leopard, Sheppard draws just enough of the spots to show how foreshortening individual spots can reveal the structure of the animal.  They help make sense of the rear view. 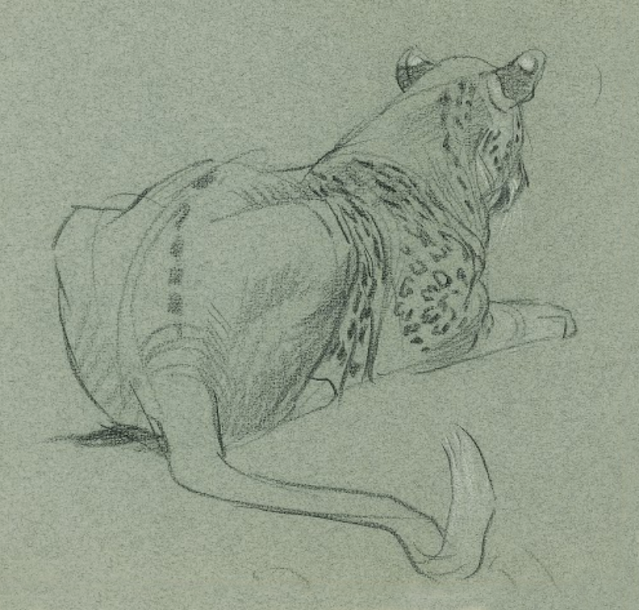 What wonderful economy (a necessity when your subject might get up and move at any moment).

With all due respect to Dr. Seuss, there are wonderful things to be found behind the ear of a rhinoceros or in back of the jaw line of a sow.  These sketches are not flat recitations of fact, they are tests of our vision, our imagination, and our appreciation for the world in which we live. 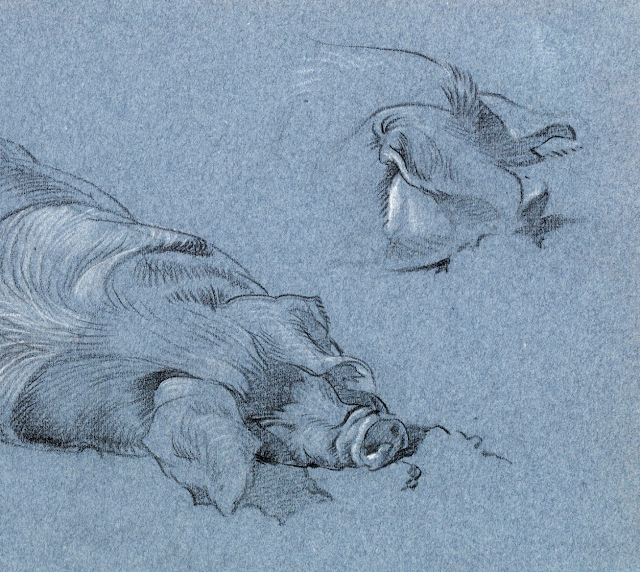