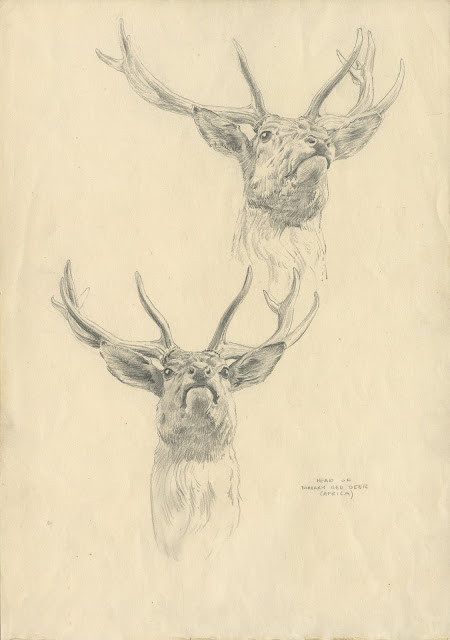 Last year I wrote about the great English illustrator of wildlife, Raymond Sheppard, who spent years haunting the public zoos in London, studying and drawing animals up close.  Despite the fact that his life was tragically cut short by cancer, he had astonishing patience when it came to capturing the details of nature, as if his time was unlimited.  His great devotion earned him a level of understanding that few artists shared.

You can’t appreciate the magnitude of his accomplishment until you experience his drawing up close.  The above study from one of his sketchbooks is not very large… 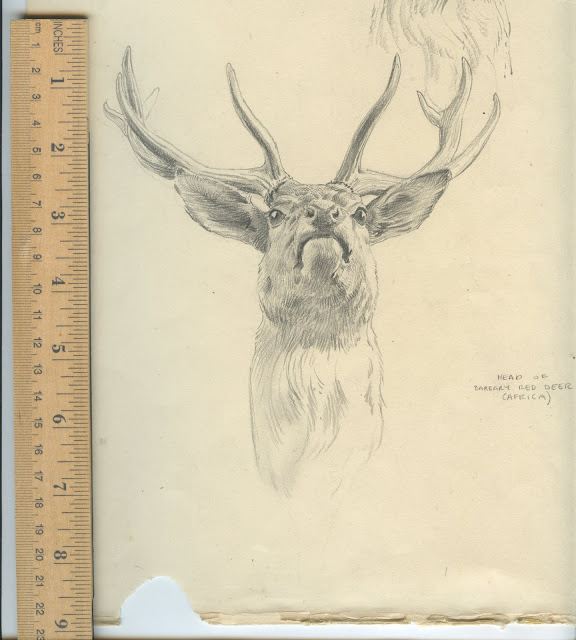 … but it is large enough for  Sheppard to learn the different directions, lengths and characters of the fur, which he expertly records to reveal the structure of the face.

In this second attempt on the same page, see how Sheppard takes pains to capture the structure beneath the fur, rather than relying on the fur to camouflage the muscle and sinew, the way lazier artists might.  Sheppard’s admiration for this creature radiates from his drawing. 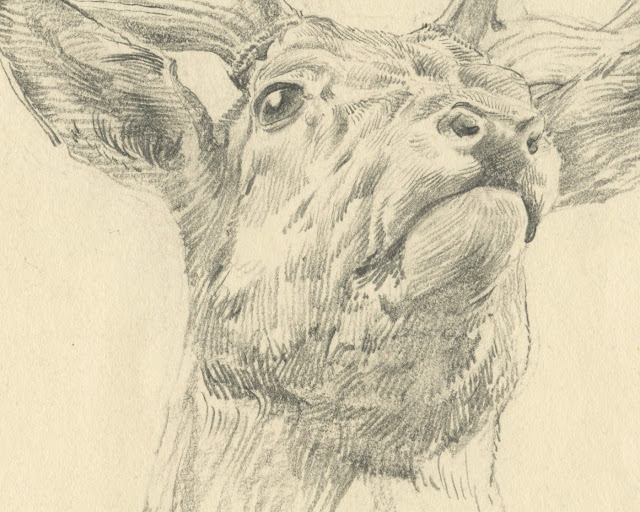 Look especially at the place where fur meets antler, and see how Sheppard’s pencil understands the different texture of each.

This is one preliminary drawing that really lives up to the term, “study.”  There is so much honest observation and work here, it truly qualifies as one lovely drawing.

Début Art — This illustration by The Red Dress was done for…

Début Art — The latest cover of The Observer Magazine as…